Flying and other important skills 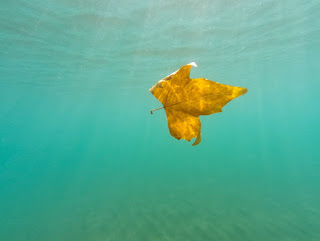 The thing you need to know about flying is that it takes less effort than you might think. Just like swimming, most of the work is done by the stuff all around you. In a pool, that stuff is the water that holds you up if you want it to. When you're flying, the stuff you float in is air. Danny had just discovered this secret to flying not more than five minutes ago. At first, he tried to fly by flapping his arms as fast as he could. If you think the sight of a seven year old boy flapping his arms up and down is funny, you're not alone. All of the people who noticed Danny would stop and watch for a moment, giggle and then walk off to wherever they needed to be. It wasn't going very well. Tired and feeling very silly, Danny was about to give up when he heard a quiet voice say, "Don't fight the air. Maybe you should make friends with it instead?"

Danny spun around to find the owner of the voice but there was no one standing there. "Make friends with the air?" He thought to himself quietly. Looking around to see if anyone was listening, he whispered, "Hello air?" Danny waited for a moment but there was no answer. He closed his eyes tightly and tried again, "My name is Danny and I want to be your friend." Opening his eyes, Danny could plainly see that no one was around to hear him except a few dry leaves rustling along the ground. "Hello air?" Danny said a little louder, "I'm sorry for fighting you. Can we be friends?"

"Observe and learn," said the same mysterious voice as before. Danny spun around trying to figure out where the voice came from but saw no one. What was he supposed to observe? There wasn't anything to see except some dry leaves being moved around by the wind. Danny watched the leaves dance in the air and wondered what he could learn by looking at them. As he studied them, one of the leaves closest to the ground suddenly lifted and rode the wind up into the sky where the air was moving faster. Danny gasped when the leaf suddenly flew away as if shot out of a cannon.

"I know what to do!" shouted Danny.

"Some answers hide right in front of you. Look around you, pay attention and learn," came the mysterious voice again.

"Are you the wind?" asked Danny.

"Who are you?" Danny wondered.

"Why don't you try what you've just learned?" was the answer.

Danny stood up and felt the air moving around him. Closing his eyes he reached out with his arms and let them rest against the wind. The air felt solid enough to hold him up so he leaned slowly into wind. The breeze seemed to get louder until it was almost as if a storm was blowing all around him. With his eyes still closed, Danny could feel the air brushing past him like tiny hands holding him up and pushing him along. The whole world seemed to melt away as he became friends with the air. When he opened his eyes, Danny saw his shadow rippling on top of a cloud. He was flying!

"All right!" Danny yelled as he swooped down through the cloud and zoomed across the sky. Far below, he could see Mr. Smith's cows grazing in the field and the new shopping mall in the middle of town. Just off in the distance, Danny could almost see the giant ferris wheel at the county fair. A hawk flew by and Danny decided to race it. "Let's see how fast you really are!" shouted Danny as he began the chase. Just then, the hawk turned its head toward Danny and said,

Danny stopped for a moment and soon realized that he wasn't staring at a hawk. In fact, he wasn't even flying. He was sitting at the breakfast table with a full plate of cold food.

"We're going to be late again," his father said and then added, "I don't know why we bother making breakfast if you won't eat it."

Danny got up from the table, grabbed his backpack and put on his shoes. He had been daydreaming again and now he was going to make everyone late for their day. To make things even worse, he was beginning to wish he had eaten. The scrambled eggs and toast had smelled wonderful when his mother set the plate in front of him. Danny thought of the sandwich he was going to make out of his eggs and toast and was about to begin when a bird flew across the back yard and got him thinking about flying. Climbing into the backseat of the Minivan, Danny buckled up and stared out the window up into the sky. Why couldn't he just focus like everyone else? Stupid bird. Danny was feeling hungry and sorry for himself and wondering what was wrong with him when he heard the voice again, "Daydreams aren't a bad thing if you learn how to use them."

"How can a daydream be helpful?" asked Danny.

His mother replied from the front of the van, "Did you say something sweetie?"

"No Mom," mumbled Danny. As he looked up at the sky, he could swear the hawk flying high above Mr. Smith's cows was staring at him.