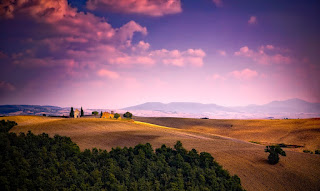 He remained frozen in place. The small form at his feet was barely moving but he knew nothing would be the same no matter what he chose to do next. Whether it was primal instinct or basic fear that motivated the man, Frank bent down and scooped the young child up in his arms. Holding the fragile form close to his chest, he slowly and steadily picked his way across the field toward a small shed where his wife was absorbed in mending a saddle. The old farmer could feel heat radiating off the small boy pressed against his shoulder. Fevers like this rarely ended well. He picked up his pace and finished crossing the field.

Frank Ingram was a simple man. Life had always been governed by the steady rhythm of routine and he liked it that way. When some of the younger men in the town would begin to wax philosophical and debate the meaning of life or ponder the true origins of the relics strewn around the countryside, Frank would usually shrug his shoulders and say, “I got a farm that won’t run itself. If you figure it out, let me know.”

He always met his harvest quotas and no one ever questioned Frank’s loyalty to the High Council. If there was a threat to the order of things, Mr. Ingram would probably be the person furthest from it. Of the many various regulations and guidelines proclaimed every year, there were a few that were accepted universally without interpretation or question. One of these was the law prohibiting any unsanctioned contact with an outsider. Simply talking to a stranger without the aid of a Council-approved arbiter was strictly forbidden–providing shelter to said stranger was unthinkable.

The field ended at the bottom of a slight hill. On top of this hill was a small stone shed with a thatched roof. Inside, Frank’s wife was happily singing to herself when he kicked the door open and crossed to the workbench she had been repairing his favorite saddle. “Enid, help me!” Frank, breathing heavily from his trek to the shed, motioned for his wife to clear the workspace. Without missing a beat, she sprang to her feet and pushed everything off the table in a single, fluid motion. “Take his feet,” Frank gasped.

Laying the boy out of the table, Enid suddenly began to process the reality of their actions. “Frank, where is the arbiter?” She was answered only by the silent efficiency of her husband’s movement. Quietly, he soaked a few rags in the water barrel against the wall by the window. He returned and began draping the wet cloth across the boy’s forehead, torso and legs. “Frank,” she placed her hand on his arm, “does the arbiter even know about this child?” Frank turned to face his wife and she had her answer in a single look. “What are we doing, Frank?” She looked at their unconscious guest and, in the fading light of the day, found the answer to that question as well. “Go to the kitchen and bring me a kettle of hot water, the last of our thanos root and three leaves from my urlich plant on the front porch. We have to calm this fever or we won’t have need of a plan for dealing with the Council later.

As always, please use the comment section below to let me know what you think. Should I continue or abandon this story? Too early to tell? Follow me and be the first to know when another installment is ready.