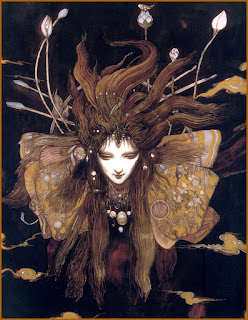 I have a confession to make. I’ve been having an affair now for the past several years. I've known her since we were kids but grew distant in high school. It wasn't until many years later when standing in line at the DMV that I bumped into her again. Having her with me in that line reminded me how much I enjoyed her company. We saw each other quite regularly after that until I met my wife a few years later. During the first year of my marriage, I couldn't maintain the affair but would often wonder if I'd ever see her again. It wasn’t until the second year with my wife that I started to rekindle the affair and found that things would go better at home after each encounter.

When my son was born, of course, there were a few months when I didn’t make the effort to keep up the affair and lost touch with her entirely. These were dark days of stress and unhappiness. Eventually, I started sneaking her into the house and became less frantic. Looking back, it's a wonder I never got caught—while always discreet, my affair still left signs for those who knew where to look: changes in my habits, smiling even when things were falling apart around me or remaining calm in the face of normally aggravating behavior by my family.

How could I not be affected? Whenever she comes around, things just seem to go better. I’m less likely to say something stupid while in her company. I’m always at my best with her at my side. Life is much less stressful when she visits me. Why, then, is she not the one I’m with before all else? Because I could never commit to a long-term relationship—my thing with her has always been more an affair of convenience than a true love.

Now that I’ve got a brand new baby in the home, I’m afraid my fleeting romance is in even more jeopardy than ever. Between the lack of sleep and constant care for my children, I haven’t made much room for this other relationship. Lately though, I’ve been missing her calming presence. I suppose I’m writing this confession hoping that my wife will see how much I need this relationship and allow my affair to become a more permanent part of our lives. Sounds a little radical but it could happen. I know that it would be great around the kids and might even help smooth out some of the rough edges of my marriage.

June 15, 2017
Connection By Nabih Saliba To reach out in the darkness and think that we’re alone Is very often scary and chills us to the bone Yet in a world of sorrow, deep despair and solitude One simple thing connects us be it clothed or in the nude: That thing which makes us human, the quiet spark that we call life It’s the hope that we keep burning when we’re faced with pain and strife So in our isolation there is something we condone A flicker in the shadow, a thing remembered and well known It’s always all around us–far away and in our home Each friendship, love and partner that we dare to call our own Our lives are short and simple in the larger scheme of things And yet we waste time flirting with all that hatred brings Rise up and shout, “I’ve had it! I will play this game no more!” Then pull back on the curtains and unlock your brave heart’s door To build a real connection with another human soul Could be no truer purpose, or a mission or a goal For w
1 comment
Read more