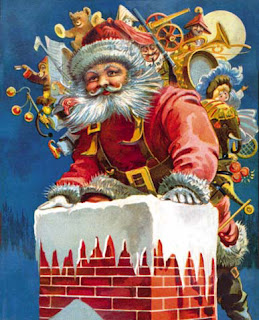 Christmas is often described with many extremes—the happiest time of the year, one of the most emotionally difficult days for many who suffer depression, a controversial affront to the politically correct and even a giant commercial ploy to extract cash from all of the aforementioned. My Christmas day is finally coming to a close and I’m sitting here thinking to myself, “If today isn’t the reason for being…what is?” Perhaps I should elaborate the origins of that last statement before rambling forth with incoherent drivel about The Season, Holiday cheer and other such clichés…

As evidenced by my lack of activity here [on this blog], my life has been filled with many competing demands for my time. During the past few months, I’ve become very involved with an Improv comedy club called Madcap Theater, helped my wife design and establish GreatIdeasForKids.com and enjoyed watching my children grow up into precocious little challenges. It has also been a time of soul-searching. I’ve been spending a great deal of time thinking about my personal beliefs, spirituality and the example I’m leaving for my children. The month of December has also been host to a minor bout with depression as I’m reminded again how I will not be spending this festive season with my Mother who passed almost three years ago. In all my introspection, however, one thing seems to be ringing true:

“There is a reason we’re all here and defining that reason isn’t it.”

I’ve spent a great deal of time trying to pin down the purpose for my existence and have, quite frankly, managed to assign greater meaning to simple things with little or no feeling of satisfaction. I have credited God with guiding me toward some higher purpose, blamed the fates for many misfortunes and even claimed foresight and planning as the reasons for my successes. The plain truth of it is that whatever plan, divine power or fate got me to this moment will only matter if I play my part in the grand scheme of things.

During this past month, I have slowly become more conscious of my place in the Universe—insignificant but infinitely influential. In the master plan for everything, the decisions I make each day mean very little. The choices I make, however, influence the choices of those around me and, in turn, those around them—my decision to lighten another’s load empowers them to lighten someone else’s. Like ripples in a pond, our choices ultimately return after having changed the Universe around us.

Throughout this Holiday season, I found myself thinking, “If today isn’t the reason for being... compassionate, thoughtful and filled with goodwill...what is?” Thinking about it further, I suppose the real question is, “What isn’t?”