Piecing it all together 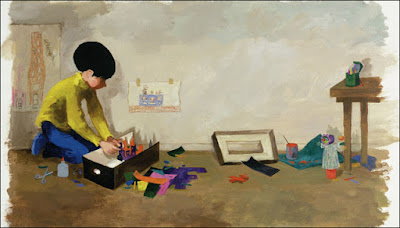 Life, especially for me, is full of surprises. I’d like to say I was one of those amazing people who have it all figured out. I’d love to say that my life has turned out exactly the way I planned but I can’t. The honest truth is that the closest thing to a plan for my life was the vague and arrogant thought that I was meant for something more than whatever I was currently doing. Looking at it now, I suppose you could simply call it restlessness. While the reasons for my current situation span the gamut from “dumb luck” to “divine providence,” I can only testify to the results—two beautiful children, a wonderful wife and the luxury of being able to spend as much time with them as they’ll tolerate.

Most of my life, I’ve managed to just ‘get by’ on the bare minimum of effort. As a result, I also mysteriously managed to reap the bare minimum of success. All my life I have been told by friends, teachers, pastors and parents that I wasn’t living up to my true potential. Somewhere in the midst of all this encouragement, I bought into the hype. I began to believe that I was destined for something great. I bought into the idea that one day I would leave a legacy behind which didn’t simply mark the world but somehow change it for the better.

With this new life goal in mind, I set about taking inventory of the talents, knowledge and tools at my disposal. I had to first organize my strengths and weaknesses into tidy rows so that I could better utilize them for success in the grand design that would be my life—I think I was about 12 years old when I began the project. I quickly identified my skills and talents and the list was populated with some good earth-changing abilities. Unfortunately, for every powerful gift, each had an equal and nearly greater harbinger of failure. I was young, discouraged and tired of the game. I would simply hand it over to God and let it get sorted out that way.

Before you are mislead, let me clarify something. This ‘handing it over to God’ business was anything but a leap of faith. Unlike Samuel of the Old Testament, there was no, “Speak Lord for thy servant heareth.” There was no coming to Jesus in search of reason and purpose—no road to Damascus for me. Instead, it was simply a throwing up my hands in the air saying, “God definitely can’t do any worse with me than I’ve already done.” Oddly enough, however, it was around that same time that the many seemingly disparate pieces of my life at that time began to make some sense.

I found myself getting lost and frustrated but talking to people who found the answers they were seeking while helping me find direction. I began to bumble and stumble my way into situations I normally would have avoided only to find comfort when I needed it most. For almost 20 years, I ‘Forest Gumped’ my way through life. When I needed a job, one found me that taught me things I never knew about myself. When I needed friends, I would discover chemistry with people I might never have given a second look. Like so many scraps of construction paper and snippets of pipe cleaners, my life had been a random series of occurrences. I never found rhyme or reason for the pinball machine I was being bumped about but I never felt the urge to ask for it either.

Even after marriage, settling down in our home and feeling the contentment borne of a good home life, I felt challenged to claim my life so far was due to any overarching plan on my part. It wasn’t until my son arrived and my daughter two years later that the pieces began to reveal their pattern. Like a diorama, I couldn’t see the pattern because I was focused too heavily on the pieces. Looking through the lens provided by my children, I now see myself as they see me—the complete persona known as “Daddy.” In their eyes, I have all the answers worked out. Through their eyes, I am the one to teach them how to plan their lives. This, of course, leads to mild panic as I realize I’ll never be able to explain all my actions and choices as deliberate acts lifted from the 'master plan.'

Then I remember that late night when I gave up trying to figure out the rest of my life and simply decided to blame God for how it turned out when it was over. Looking at the diorama of my life today, I hope and pray my children will be able to one day blame God for the way their lives turn out they way I thankfully lay blame today.

While they aren’t set out the way I would, I think God is pretty good at making the pieces fit together the way they should.