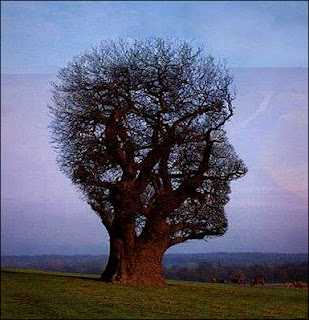 When I was roughly six years old, my father took me to track and field day at the college where he was teaching. There were events taking place all over the field: the high jump, the long jump, throwing activities and some assortment of gymnastic events. Surrounding all of these was a giant ring of dirt where runners were warming up for different track competitions. My father needed to do something for the day’s events so he found me a seat where I was to stay until he returned. From where I sat in the stands, I could see the runners getting prepared—their legs stretching, muscles rippling and faces grim with the determination to win.

It wasn’t long before my dad was back with couple glasses of water for us to drink. It wasn’t the cold soda I was hoping for but it quenched our thirst just the same. As the day wore on, I became convinced that I could hold my own against these college runners. They seemed to be taking quite a bit of time to cover what seemed a relatively short distance. I begged my father to let me compete. Diplomatically, my dad tried to talk me out of it but I had already spent the morning observing the competition: they had already run a few races and I was fresh—there was just no way I could lose.

Seeing there was no way to convince me, my dad went down to the field and talked to one of the men organizing the event. They pointed at me as the other man smiled and my father obviously tried to downplay my athletic abilities. After what seemed an eternity, my dad came back with the gentleman who asked my name and age. I told him and he asked which race I would be running in. “Any race they don’t mind losing badly,” I said with a big grin. The man looked at my father and then gave me a big smile.

“Alright young man,” he said shaking my hand, “follow me and we’ll get you in the next race.” The man led me across the field to a line of runners setting up at various starting blocks. “Pick a lane and try to stay in it until the finish line,” was the gentleman’s final remark as he headed back to his station shaking his head in sorrow for the other runners. I picked my lane and prepared my entire body for speed…

There are pivotal moments where one’s growth is shaped. Some events in life will nurture while others prune for more drastically guided evolution. Ultimately, it is through these defining moments that we grow into the adults we’re one day to become. Most will point to a harsh or traumatic event as such a pivotal moment. The reason I speak of this now is because the following moment in my life shaped my growth in the most gentle of ways—it wasn’t until recently that I became aware of its influence.

When the starter pistol fired, I became a blur of arms and legs. I was moving faster than I’ve ever run before. I was so far ahead that there was no one coming up behind me. I wasn’t running, I was flying. After crossing the finish line, I joined the other runners at the judging booth to see just how much faster than everyone else I really was. After a short while, one of the judges called me over to his table and whispered, “your father’s calling you.” I looked in the direction he pointed and saw my father motioning for me to come join him.

The crowd was laughing at something that must have just happened on the field but I was too excited to tell my dad about my run to care. Smiling from ear to ear, my dad patted me on the back and said, “You ran a good race man! I didn’t know you could run like that. Why don’t we get some orange soda to celebrate?” As we headed for the concession stand, they announced the winners from my race. I never did hear them call my name but it didn’t matter.

It wasn’t until recently when my son began to show me things he had done when I realized my father taught me how to truly appreciate a child’s view of the world. There are pivotal moments when one’s growth is shaped. Almost thirty years ago, my father helped shape my growth with a bottle of orange soda and a loving smile.