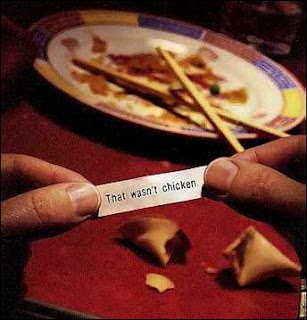 Not being what one would call an ideal student, my report cards were usually less than impressive. So under-whelming were these progress reports that the bonus toy surprise in each package was a day’s worth of queasy feelings. Report card days were when I had to own up to all the schoolwork I had not been doing that semester. Often I already knew how bad the report would be long before receiving it. Sometimes, I’d even disappoint myself with lower-than-expected performance. Even though my low grades were disappointing to my father, our true conflict centered on honesty—my complete and total lack of it. Every morning and evening up to and including report card day, my father would ask me if I was keeping up with my schoolwork. My responses were varied but always full of assurances that things were on the up and up. The unease I felt riding my bike home with a report card was not dissimilar to what you might feel handing your executioner his axe.

Remember the first time someone told you how glue was made? How about the day you discovered what was really in a hot dog? While the verdict is still out on the terrestrial origins of a chicken nugget, are you truly interested in the answer? In this age of free information, we may find there may actually be too much of a good thing. Some mysteries were best left unsolved.

This line of reasoning deterred my father’s interest in my scholastic performance as much as, “no expectations yield no disappointments” brought him comfort. That I had falsely elevated my father’s expectations all semester made things even less comfortable. My comfort, it turns out, was directly tied to the report card that exposed my dishonesty. Somehow, you always end up having to sit after a spanking. In my case, it was sitting (or trying to) at his desk, breathing in staccato and tasked with the completion of all the schoolwork I lied about doing in the first place.

Each semester in my early elementary experience would be a repeat of the one before: many weeks of smooth (dishonest) sailing and then report card day when my house of cards would tumble painfully onto my backside for telling lies. It wasn’t until I discovered the ability to hide the truth in other people’s assumptions that was finally able to get away with anything. Life was good.

Many years later, my father and I were in Hong Kong together. He was teaching some classes there and his students decided to take us to an ‘authentic’ Chinese restaurant for dim sum. I found myself enjoying most of was brought by the table. As my hunger gave way to curiosity, I began to ask what everything was made of. Ninety percent of the time, I was asked what it tasted like in response. Somewhat surprised that it was just chicken, I’d wolf down each dish with gusto. As I was leaving the restaurant, an English fellow gently grabbed my arm. “You know,” he whispered and leaned in closer, “that wasn’t chicken.”

I never did find out exactly what I had consumed and at this point I’m not sure I ever really want to know. Since that time, however, I hold the truth in very high regard. Every time I’m tempted to mislead someone I can’t help but think: