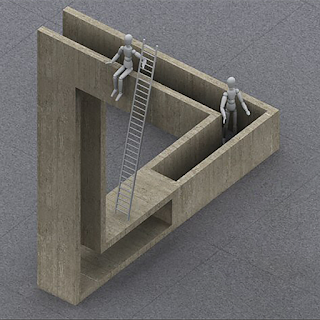 During my elementary and high school years, my father and I spent quite a bit of time discussing my future. I was of the opinion that school was simply a waste of my time and true potential. He thought I was going to be homeless. I say that my father and I discussed this during my elementary and high school years but the debate actually chased me into college. Eventually my dad gave up the fight and I dropped out of college. Armed with my low earning power, I ventured out into the world to prove my old man wrong. You know, it's really surprising how much employers care about a diploma. You could, in fact, show up for a job wielding the ever useful 'Bachelors of [the dead language] Latin Philosophy' and become the company's next big thing. I had to depend on my charm and good looks to achieve gainful employment.

After the 3rd summer of living with my parents, losing my girlfriend and floating enough credit card debt to make M.C. Hammer look more like Charles Schwab, I began to worry that my master plan of 'everything will work out' had a flaw. The flaw, as it turned out, was no one actually received the memo that things were supposed to be working out for me. I decided it was time to reinvent myself. I would be faster, stronger and more expensive—I had the technology. I would become a web artist!

Eventually my little web design business was doing well. As luck would have it, back in 1995, you were considered a good web site designer if your creations contained fewer than 20 animated gifs per page. By mostly designing epileptic-friendly sites, I managed to land a job with a large corporation willing to give my non-educated self a chance. The master 'things working out' plan was back on track. Now plugged into the system, I could begin my corporate climb and re-apply for the world domination I'd always wanted. What did my dad know? I was making more money than my father was when we first argued about my future. I was finally getting ahead...

Funny thing about marriage...it has a way of pointing out just how behind you can be. I suppose being ahead or behind really depends on how you look at it. Now, with two kids, I want to make sure they get into school, make it through college and land a good job. When my kids need motivation to do their homework, will I be of any use? I'm realizing that I've got some serious catching up to do with my father—he's been so far ahead of me I foolishly thought he was the one behind the times.