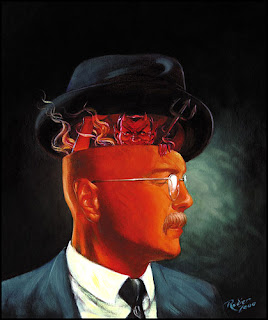 Victor was one of those children with an overdeveloped mean streak—if there was a fly to lose its wings or an ant to be burned, he was the chief executioner. Victor was also one of those kids always being sent to the principal’s office or running laps for the coach. Most parents had Victor’s parents on speed dial. When it was time to learn a new dirty word, we’d all go to Victor for our next lesson—the boy was the professor of profanity. Victor had the first collection of porn any of us had ever laid eyes on. He was also the one that showed us how to decipher breasts and other parts of the female body squiggling in and out on scrambled cable channels. Eventually our parents branded Victor a ‘problem child’ and his underground popularity grew like kudzu.

As we got older, we saw less of Victor as his punishments began to involve authorities with a little more clout than the school principal. It was Victor who tried to shoplift some candy from the local drug store. When the school playground was vandalized with spray-painted obscenities, Victor’s name was first to circulate. By now, most of us realized that affiliation with Victor could lead to blemishes on our ‘permanent record’—that file which the police seem to keep on all children everywhere.

No one could quite figure out why Victor did the things he did but soon most of us kept our distance. What used to be fun, exciting and dangerous to be around became uncomfortable and annoying. As Victor began to lose his fan base, his antics took on a more sinister hue: stealing from the teacher’s lounge, slashing tires or tormenting small animals. Initially giving voice to all the things we were afraid to say or do, Victor had now become a thug—the bastard child of our curiosity with doing wrong. It wasn’t long after banishing Victor from our social circles that he disappeared from school as well. Assuming he had been sent to juvenile detention or worse, we continued to go to school, grow up and move on without Victor.

Several years ago, I heard that Victor was married with kids and holding down a decent job in the town where we had all gone to school together. Curious to see if this was indeed true, I looked him up the next time I was in the old neighborhood and found everything to be as reported. Victor is indeed married, holding down a steady job and has 3 well-behaved young children. When I asked what happened to him all those years ago and he told me...

It turns out that his parents decided to move Victor away from us because we were a bad influence on him. After moving, Victor settled down, focused on his studies and made new friends. It wasn’t until many years later that he felt comfortable returning to our small town where he ultimately met his wife and settled down.

While most people have their own inner demons, Victor apparently had a classroom or young devils waiting to see what he would do next. He had somehow fallen into the role of “bad boy” with an entire community unwilling to let him live it down. Victor had become the manifestation of the things all of us were afraid to do. We, in turn, became his muse for mischief—the devil inside.